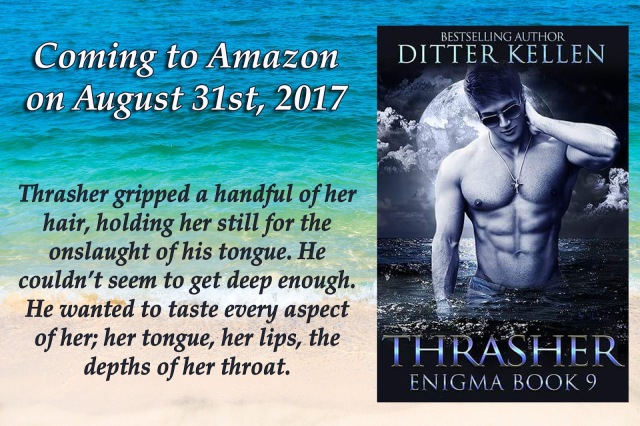 THRASHER – Book 9 in the Bestselling Enigma Series releases August 31st. Are you all caught up? Be prepared for non-stop action, high energy angst, and a love story that’s sure to scramble your emotions!
Pre-order now: http://amzn.to/2w4EqSk
“This book was a roller coaster ride of feels for me, featuring all the characters from the previous books! With heart stopping moments that had me gasping and yelling at my kindle!”
~Angel’s Addiction~
Read the Series – http://amzn.to/2vdOcme 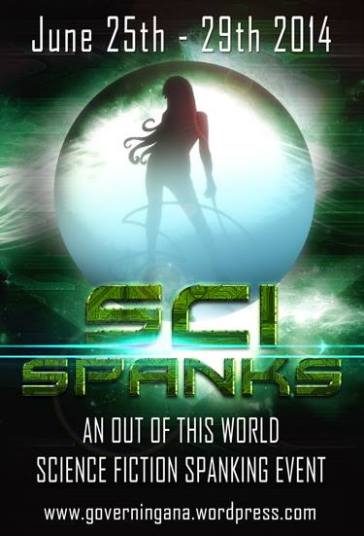 Sci Spanks 2014 is finally here! Please visit Governing Ana for the prize list, sign-up sheet, and free books. You can win from a prize pool valued at over $1,000, including a Kindle Fire or Nook HD donated by Blushing Books! Many authors will also offer a contest on their individual blogs.  Your comment on their blogs automatically enters you in both the main contest and the individual contests! How do you play?   1.Visit each blog between Wednesday, June 25th and Sunday, June 29th to read the posted stories and excerpts. Note: Natasha Knight’s story takes place in a nonconsensual setting, meaning the heroine has not consented to getting spanked. If you are offended or alarmed, you may prefer not to read her story.     2. Leave a comment answering the story question on each blog.  You will receive one entry per blog for the grand prize drawing.  You will also be automatically entered in that author’s individual contest, if she has one.   3.If you have visited all of the blogs, visit Ana’s blog to sign up for FIVE bonus entries to the grand prize.   4.Deadline is midnight EST (UTC -5) on June 29!!   5. If you successfully completed a previous challenge (Love Spanks 2014, Spank or Treat 2013, Spankee Doodle 2013, Love Spanks 2013, or Spank or Treat 2012), you may add “VIP” to your comments.  You will earn THREE bonus entries toward the grand prize.  (Yes, we will be doing this again.  Yes, if you successfully complete the Love Spanks 2014 challenge you can become a VIP for our next activity!)     6. If you are a writer of fiction (any kind), add “W” to your comments to be entered in the special author prize drawings.     7. If you are Sci Spanks 2014 Ambassador, please add “Amb” to your comments to receive your extra prize drawing. 8.Visit Governing Ana or any of the participating blogs on Wednesday, July 2nd to find out the lucky winners. Will it be you? We will also announce prizes on the Sci Spanks Facebook page.     Like these events? Want to support your favorite scifi authors? Become a Sci Spanks Ambassador! In exchange for promoting this event, you will receive one extra prize entry, AND you are still eligible to participate and win prizes! To find out the details, send an email to oliviastarke@ymail.com, with the subject line “Sci Spanks Ambassador.”   For more information, updates, and a list of participating authors, please visit Anastasia Vitsky’s blog. Like Sci Spanks on Facebook! Tweet #scispanks on Twitter! Join the exclusive chat with Sci Spanks authors! Message Anastasia Vitsky on Facebook or contact Anne Ferrer Odom to receive an invitation.   For more spanking fun, visit Saturday Spankings for additional snippets.   Find links to the rest of the Sci Spanks stories at Governing Ana! The more blogs you visit and comment, the more chance to win prizes! 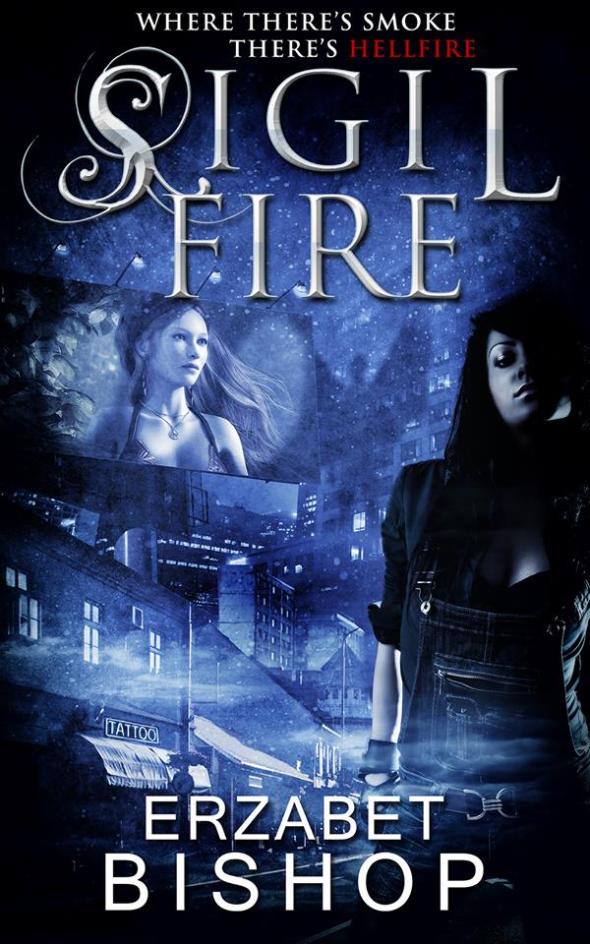 For a sample read: http://www.ylva-publishing.com/excerpt/excerpt_sigil-fire_erzabet-bishop.pdf   Amazon   ARe   Smashwords   Barnes and Noble

Description: Sonia is a succubus with one goal: stay off Hell’s radar. But when succubi start to die, including her sometimes lover, Jeannie, she’s drawn into battle between good and evil. Fae is a blood witch turned vampire, running a tattoo parlor and trading her craft for blood. She notices that something isn’t right on the streets of her city. The denizens of Hell are restless. With the aid of her nest mate Perry and his partner Charley, she races against time before the next victim falls. The killer has a target in his sights, and Sonia might not live to see the dawn.   Excerpt:   Blood pounded in her temples, and Sonia’s feet hit the pavement. Tears blurred her vision as the reality of what almost happened sunk in.   Also check out: 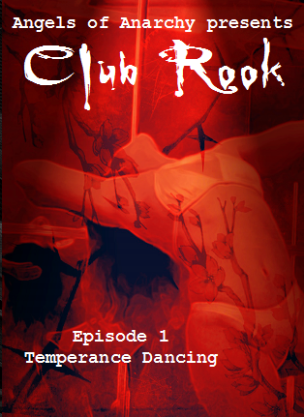 Demons. Angels. And strippers… Oh my! Enter the exclusive world of Club Rook, an erotic women’s club… built over a portal to hell. Demons walk the streets but angels do, too, and which is which may surprise you. No other 500+ page novel is released in weekly installments of 10,000+ words each accompanied by a music video and original EDM/dubstep song. Watch and listen every Monday at http://clubrook.angelsofanarchy.com or buy the soundtrack now at http://www.amazon.com/dp/B00K2DM7SS/ An erotic hybrid of “Buffy the Vampire Slayer” and “Lost Girl,” “Club Rook” is drenched in secrets, sex and monsters. Hunter Echo Abeje may own the Rook, but witch/seer Shanti sets the wards; alchemist/dealer Jules brews the potions, and musician/dominatrix Heather is a fierce fighter. And don’t forget Temperance Ruiz, the newest dancer at the Rook, and so much more. All Angels of Anarchy serials are published weekly in a television-like format (with an ensemble of characters) written by a team if writers each in charge of her own characters. Check out all our serials at http://www.angelsofanarchy.com and read them weekly or in complete season editions of twelve episodes each. Dive into a new episode of “Club Rook” and immerse your senses — read, watch and listen.   Giveaway:   Answer one of  the questions for a chance to win an e-book copy of Sigil Fire!   What supernatural creature do you like to read about?   Are you a frequent reader of lesbian fiction or f/f erotica? What do you like about it and what are some things that you want to see more of/less of? 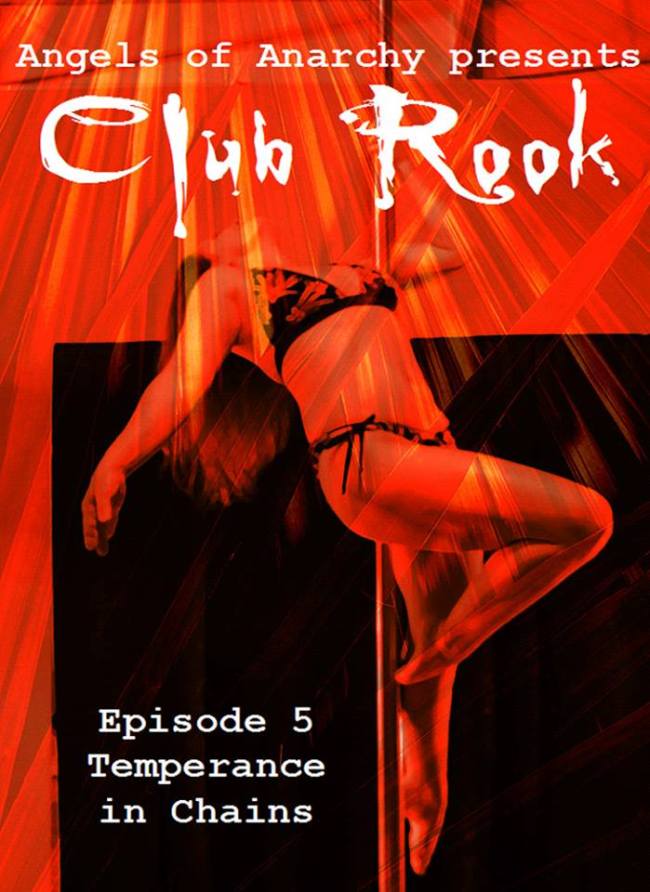 About the author: Erzabet Bishop has been crafting stories since she could pound keys on her parents’ old typewriter. She has only just learned that it is a whole lot more fun writing naughty books. She is a contributing author to the Silk Words website with her Fetish Fair choose your own romantic adventure stories, Elemental Passions (upcoming), Potnia, A Christmas To Remember, Taboo II, Forbidden Fruit,  Club Rook: The Series, Sweat, Bossy, When the Clock Strikes Thirteen, Unbound Box, Milk & Cookies & Handcuffs, Holidays in Hell, Corset Magazine: Sex Around the World Issue and Man vs. Machine: The Sex Toy Issue, Smut by the Sea Volume 2, Hell Whore Volume 2, Can’t Get Enough (upcoming, Cleis), Slave Girls, The Big Book of Submission (upcoming Cleis), Hungry for More (upcoming Cleis), Gratis II, Anything She Wants, Dirty Little Numbers, Kink-E magazine, Eternal Haunted Summer,  Coming Together: Girl on Girl, Shifters and Coming Together: Hungry for Love among others. She is the author of Lipstick(upcoming), Dinner Date, Tethered, Red Moon Rising, Sigil Fire,The Erotic Pagans Series: Beltane Fires, Samhain Shadows and Yuletide Temptation.  She lives in Texas with her husband, furry children and can often be found lurking in local bookstores. She loves to bake, make naughty crochet projects and watch monster movies. When she isn’t writing, she loves to review music and books. 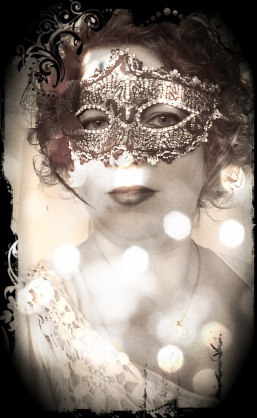 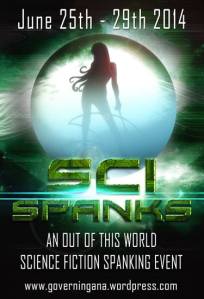 To enter the Sci Spanks round of blogs visit the above web address or: 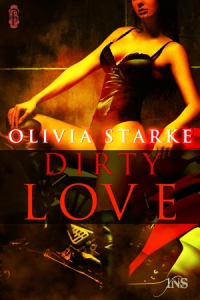 I’m not sure what inspired the story, or my characters, for that matter. Kat and Jared are definitely an odd couple, and even more so once you get into the meat of the work. Perhaps I wanted to take two people who shouldn’t have ever considered one another and throw them together to see what happened. And it worked wonderfully! Their chemistry sizzles, and once they come together…well I’ll leave that for the story to tell 😉

I’ve thrown in a few twists, along with some vampire and werewolf fun. Though I don’t tell you who is what in the beginning, I let the reader find out as they read. And that isn’t the only surprise. I honestly had a lot of fun writing this, and thinking up ways to make my readers go “Oh wow, I didn’t see that coming.” Expect a fast paced and spicy good time as you go on the adventure with my hero and heroine. And I hope you’re thrilled in more ways than one!

With Decadent Publishing’s popular 1Night Stand series, the most unlikely pairings are put together by Madame Evangeline, 1NS owner. Though her clients originally plan one hot night of passion, she has other ideas for a happily ever after.

Kat goes on the prowl looking for a one night stand to rile up her new friends. A little shock and awe to keep her sane in a life no longer hers. When she’s matched with Jared through 1Night Stand, he seems perfect for her plans. Conservative, sweet, and sexy as sin, she’s ready for one hell of a ride.

But Jared is more than she bargained for—much more. And when her plans for amusement turn dangerous will the two find a way to stay alive?

“I thought these things were urban legend. I never imagined I’d see one in real life.”

His date’s gaze glimmered with mischief. “There are lots of big hairy surprises out there for those brave enough to search for them.”

“Like you, for one.” He cleared his throat. “Except for the hairy part. I hope, anyway.”

A slight blush colored her cheeks, and he brushed his knuckles over the soft skin there. Shadows marred the smoothness beneath her eyes. Had she been sick? Or maybe her party girl lifestyle drew out too much. She stepped back.

“Cowboy up, sugar.” She grasped his hand and pulled him forward, again surprising him with her power. Under the softness of her curves lay a fair amount of muscle. He swallowed. She could ride him without tiring, take his maddened pounding for hours. It’d take all night to spend the pent up energy boiling in his veins. He’d passed the point of return; jerking off wouldn’t satiate his needs. Without sex, and soon, he’d run howling through the streets, a crazed animal.

After taking an elevator to the basement level of the parking garage, she led him to a red door and rapped on its freshly painted surface. Dark corners closed in on them. The hairs on his arms and neck rose. He sensed being watched. More cameras. Were as many inside? And maybe a live Internet feed his family could run across in some improbable way?

A partition slid open. Dark eyes narrowed, focusing on Kat who lifted a pale brow. The panel slammed closed, and Jared let a small sigh slip. Could he be off the hook? This night had turned out to be more than he’d bargained for, leaving him ready to tuck tail and run. Find somewhere else to indulge his feral wants with his date. The door swung open, and the odor of incense assaulted him. His escape option evaporated.

Olivia Starke calls the Ozarks home. One of the most beautiful areas in the country, she loves hiking trails with her dogs, kayaking on the numerous waterways, and enjoying southern Missouri’s fresh air and sunshine.

She’s also ‘Mom’ to four dogs, a growing number of kitties that show up at her door, and four VERY spoiled horses that do little to earn their keep. Not that she’d ever hold that against them.

She’s a HUGE fangirl of Doctor Who and to a lesser extent Supernatural, and has a pretty interesting love triangle (or square?) going on in her head between the Doctor and the Winchesters.

Thanks for being on the blog today Olivia! I can’t wait to read this smokin hot book!

tell your stories, love your life

"While thought exists, words are alive and literature becomes an escape, not from, but into living." ~ Cyril Connolly

Bringing You The Romance!